Organized transfer from hotel to Kale Fortress, which is the highest spot in the city. The Fortress Kale has remains from the Neolithic Age and the early Bronze Age, 4000 years BC, and the it is built in the VI Century.
After that, comes a visit of the marvelous sanctuary of Mustafa Pasha Mosque, which is one of the most beautiful Islamic monuments.
Short sightseeing of the Old Bazaar, which has more than 2000 stores, with lots of alleys and beautiful old houses.
The Old Bazaar, with its charm and the smell of different flowers, hyacinths and basils that decorate the stores, is fascinating the visitors. After that the group continues to the church of St. Spas, XVI century, and known by the artistic crave on the iconostasis.
Later the tour continues to Chifte Amam – The National Gallery, the Museum of the City of Skopje, over the Stone Bridge to the memorial house of Mother Theresa, and on the way sightseeing of the city square and the center of Skopje till the Old Railway Station.
From here, by bus, the tour continues to the church Pantelejmon Nerezi, XII Century, superlatively artwork of the Byzantine art.
After a short brake, turn back to the hotel. 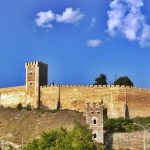 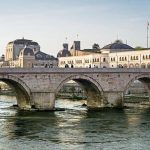 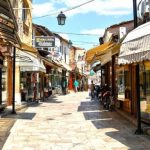 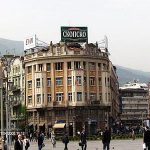 * BT Makedonija reserves the right to cancel, change or substitute any service for any reason, including insufficient number of participants.